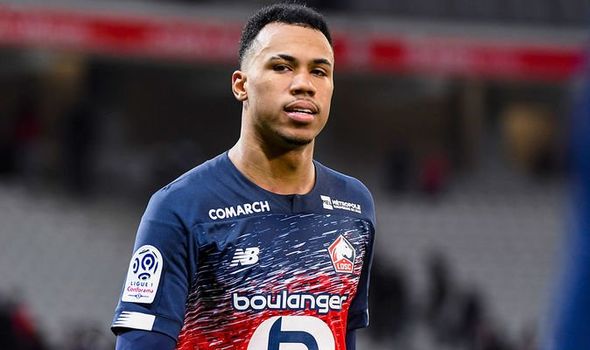 This is the first part of a series of articles analysing the current players at the club in each position and the difficult decisions that need to be made as well as potential signings the club must target in the upcoming window. At the start of next season (whenever that is), Arsenal are going to have a plethora of centre-backs at their disposal. A rare scenario in the recent history of the club but quantity is meaningless without the requisite quality and Arteta should be decisive in this regard.

· Can only play RCB, looked out of place at RB.

· Not very comfortable on the ball and doesn’t fit Arteta’s style.

· Can be rash and hot-blooded and with 1-year left, a prime candidate to sell in this window.

· Can play both LCB and RCB.

· His experience and leadership can be important in a young squad and Arteta has already talked about utilising that.

· One 30+ CB is enough for the squad and he must be the one for the next year at least.

· Can only play RCB and lacks pace.

· Very strong aerially and was starting to gain confidence in possession under Arteta.

· Despite his mini-resurgence, no fan would want the club to offer him a new contract with a year to go.

· Can play LCB or RCB and excellent on the ball.

· After such a serious injury, Holding hasn’t reached his level so far and patience is required.

· A loan to another PL club (similar to Chambers at Fulham/Boro) might help him get back to his best and bring in consistency to his game.

· Was looking promising on loan until the injury and should be given another season to get consistent game time.

Verdict: Loan (Possibly to a club in a top division)

· In the limited outings so far, his composure on the ball and aerial ability catch the eye.

· His left-footedness certainly adds some variety to the squad which Arteta desperately wanted and hopefully his reading of the game can make up for his agility.

· The overall fee shouldn’t be too high and makes it a low-risk move.

William Saliba is also set to arrive in the Summer, and he’ll need a season of bedding in, whilst Calum Chambers’ long-term injury makes it virtually impossible for him to move on.

Attributes to target while Scouting:

Since Laurent Koscielny, Arsenal haven’t had a front-footed defender with the right mix of aggression, recovery pace, aerial strength with good reading of the game and crucially, ball-playing abilities. The signing of William Saliba is the first step in that direction as he possesses a number of these attributes with the potential to be world-class.

Left-footed centre backs are limited and in high demand, so it’s important to act quickly.

Upamecano is the most high-profile target but due to RB Leipzig’s performances in the Bundesliga and the Champions League, the number of suitors will have risen along with the rumours that he’s not going be signing a new contract. Despite just 12 months remaining, he’s still going to cost 40-50 million at the very least and for Arsenal, that takes a significant chunk out of the transfer kitty.

Lille’s Gabriel is very highly regarded, with his physical attributes suited to the Premier League and he has been scouted by Arsenal before as well. Everton and Chelsea are rumoured to be circling around the defender valued at £25-30 million and Arsenal would have to act fast if they want their man.

Evan N'Dicka is the latest defender to be tracked by Arsenal after having a breakout season with Eintrancht Frankfurt and would cost around £20 million. He’s regarded as one of the top youngsters in the Bundesliga and his physique gives him a balance between pace and strength. He’s versatile, being able to play left-back and at 20, would be one for the future.

Villareal’s Pau Torres is one of the top young centre-backs in Spain after a strong season in La Liga. Technically, he’s very strong and at 6’3, he has the right physical attributes as well. Cazorla has spoken publicly about Arsenal’s enquiries into the defender with the only downside being the hefty transfer price.

The alternative to these targets is to pursue targets in the Premier League. While he doesn’t fall into the young category at 28 years old, Lewis Dunk is a proven performer in the English game and under Graham Potter, his quality on the ball has certainly stood out and is one of the top-ranked forward passers in the league. He brings in solidity to the back-line and would settle in quickly, but Brighton would demand quite a fee for his services.

Any of these suggested would be adequate signings to fill this area void of quality, and according to reputable sources, Arsenal are already working on deals defensively despite the uncertain circumstances. Let’s hope we do something, as it is certainly not an area we can leave unaddressed.

Time for Mikel Arteta to Gamble on Arsenal Youngsters

Arsenal 0-1 Leicester: Why are we so uncreative and how can we fix it?